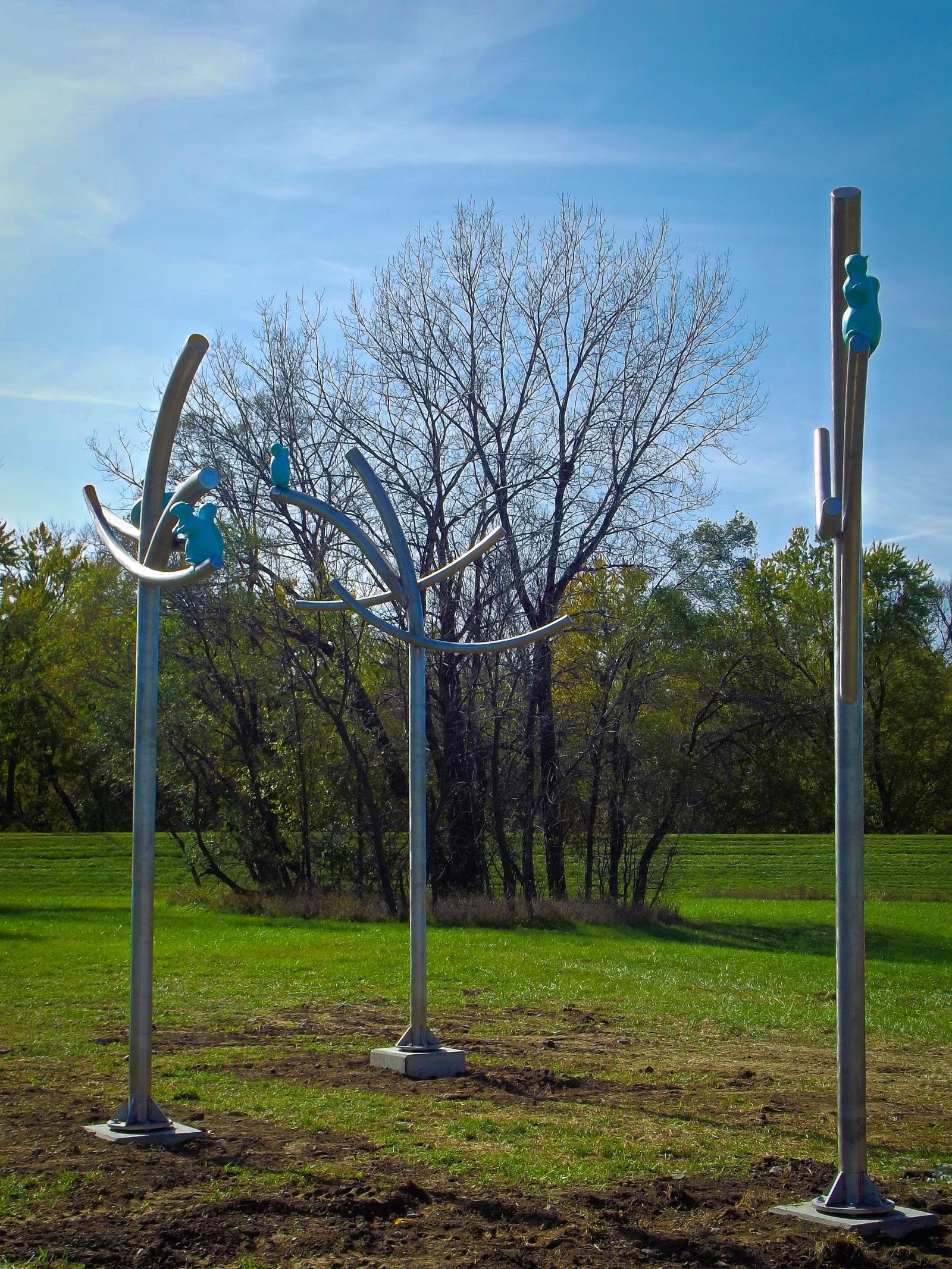 In 2016, the West Des Moines Public Arts Advisory Commission selected their first commissioned artwork, titled "Surrounds". The artists', Gail Simpson and Aris Georgiades of Actual Size Artworks in Stoughton, WI, concept involved five sculptures that were placed at different locations along Jordan Creek Trail. These sculptures feature brightly painted polychrome cast aluminum animal replicas perched on the horizontal limbs of the vertical metal structures. The artists' goal was to have these replicas be animals that are native to the West Des Moines area. In the spring of 2016, the public was asked to cast their vote for the animals to be used in the sculptures. The animals chosen were the owl, fox, rabbit, hawk, squirrel, and beaver. The animals were then fabricated, and the sculptures were installed in the fall of 2016 at the five locations detailed below. The public was then asked to vote on animal names, based off of classic literary characters.  On June 3, 2017, the WDM Public Arts Commission, City Council, and Parks and Recreation Department celebrated the grand opening of "Surrounds". 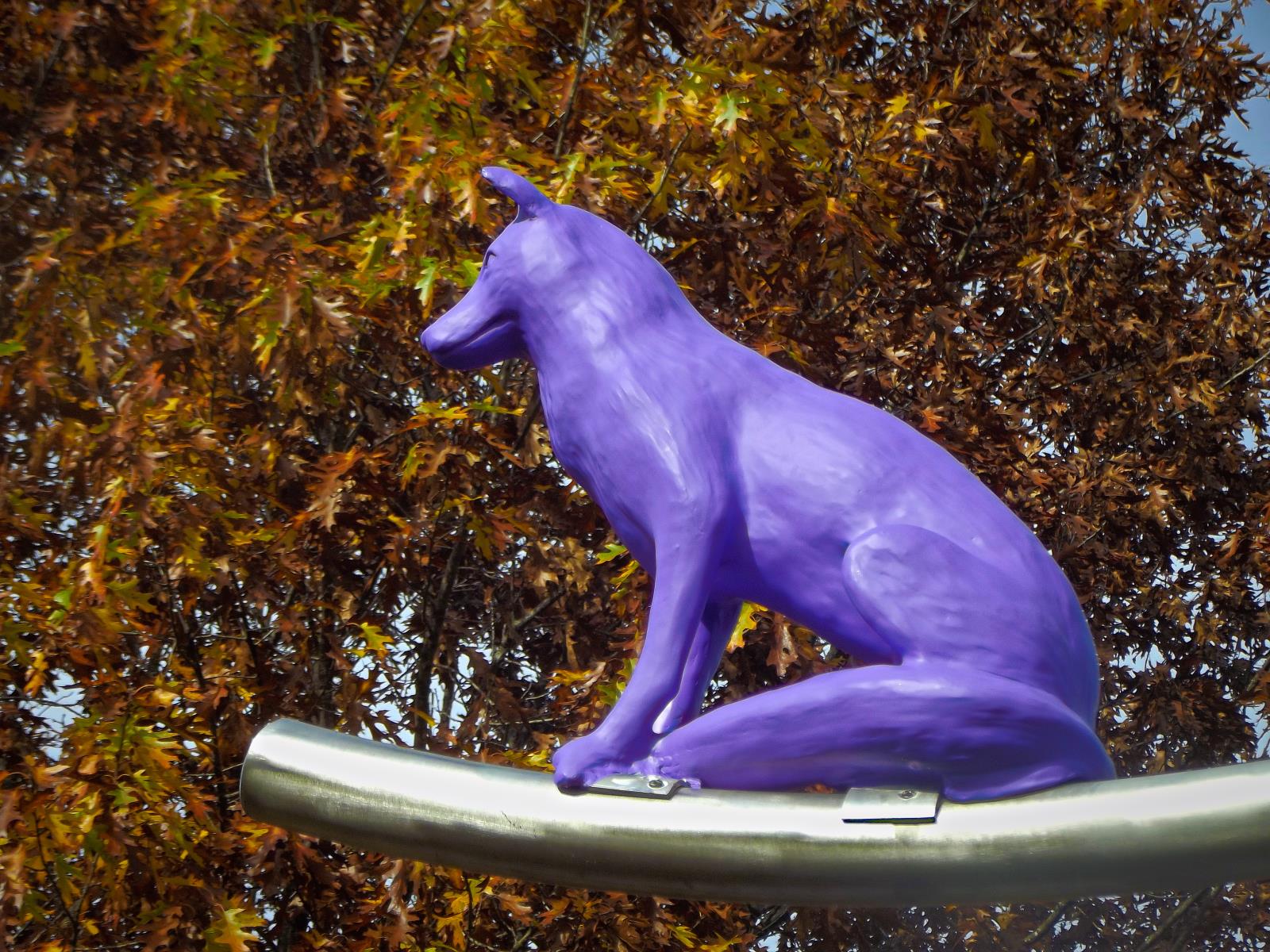 The five "Surrounds" sculptures are located along the Jordan Creek Trail between 1st St/63rd Ave and Jordan Creek Parkway.