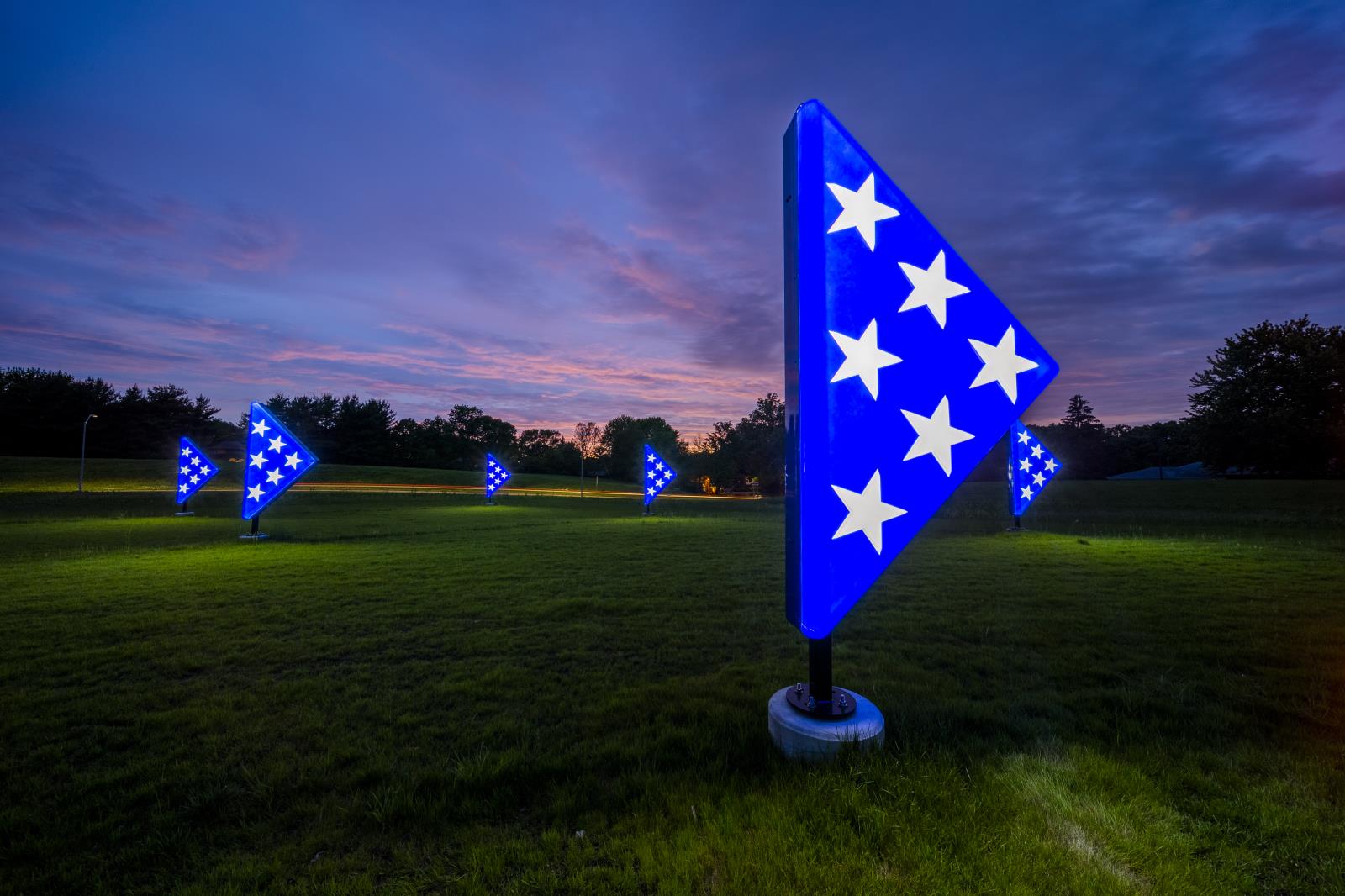 Public meetings were held in 2017 where citizen input was gathered that helped shape enhancement designs. These meetings were attended by neighbors living adjacent to Veterans Parkway, City employees, and local veteran groups. From these meetings, Folded Flags was identified as the inaugural piece of the entire project.

Folded Flags with its 15 individual standing, folded flags visually attracts the attention of commuters and trail users during night and day. The City of West Des Moines’ Public Arts Advisory Commission approved the sculpture in the fall of 2017, and City Council approval followed in the spring of 2018. Folded Flags was officially dedicated at a public event on the evening of June 14, 2019. 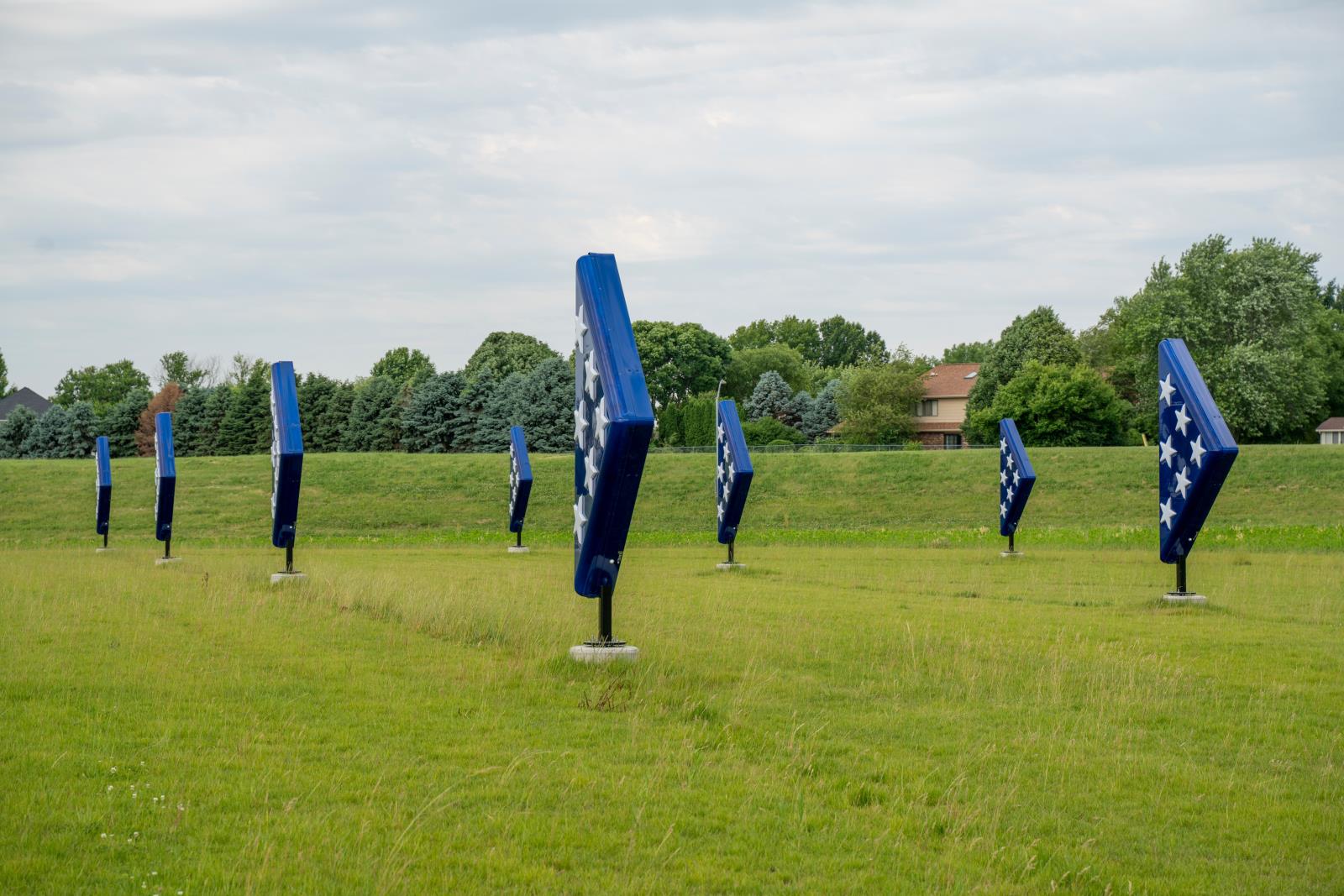 Funding for Folded Flags was