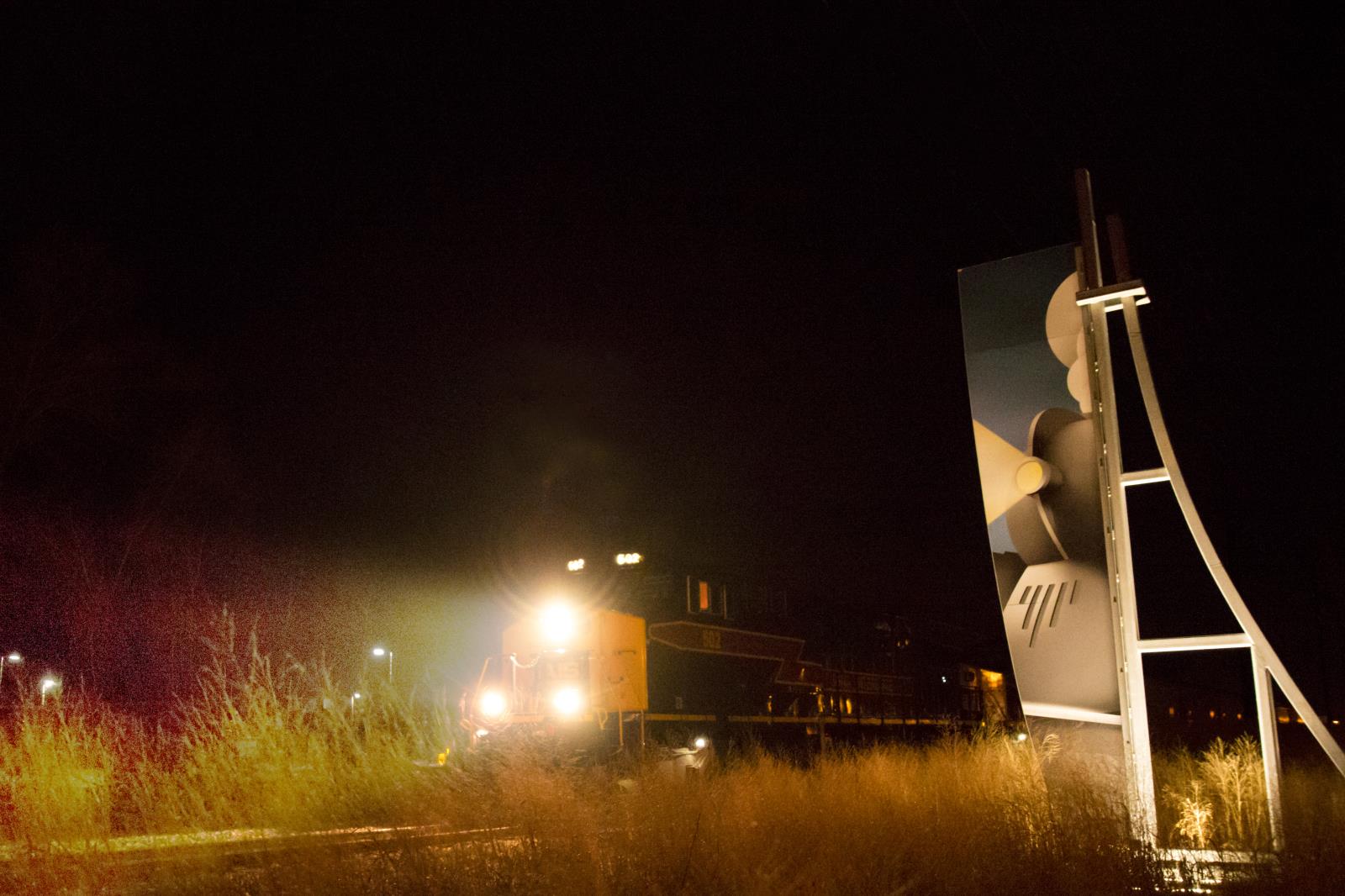 As part of an overall improvement project for the widened and reconstructed Railroad Avenue, landscaping was installed along the south side of the street. Due to the overhead power lines, tree planting was mostly limited to smaller understory trees. To provide more of an impact and reduce mowing, the south side along the entire length of Railroad Avenue was seeded with native grasses in the winter of 2006.  These native grasses tie into those that already existed along the railroad tracks, some of which were identified as native prairie remnants. Signs that fit with the railroad theme were installed along the south side of City property in 2010 to inform railroad workers to not spray the native grasses. The native plantings also provide a perfect backdrop for public art that was installed in 2011.