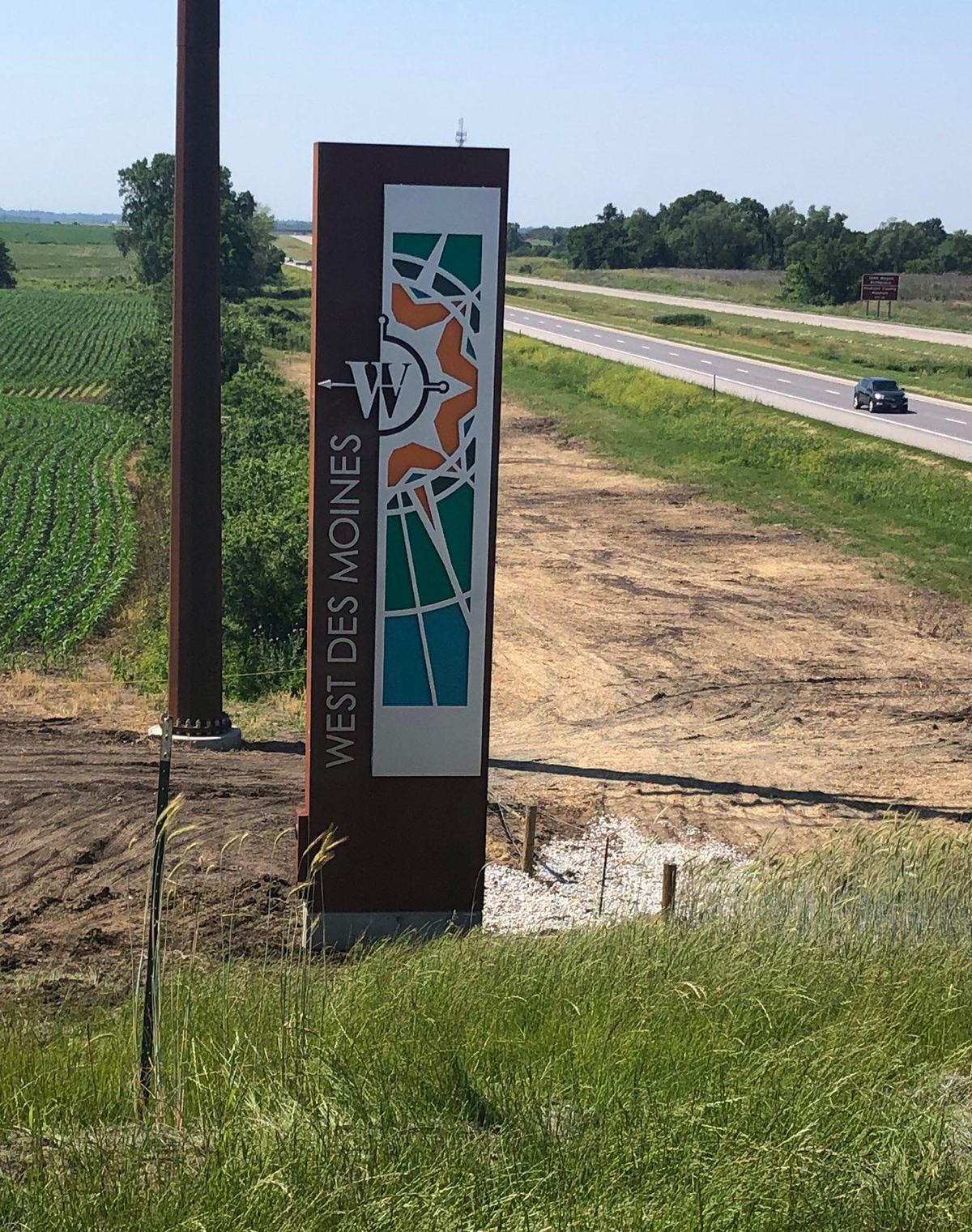 Travelers may notice new Entrance Enhancement Signs that are being installed in six locations along the outer West Des Moines city limits.

The new signs were designed by Shive-Hattery in West Des Moines, and they are meant to serve as a colorful greeting for motorists entering the City.

City Engineer Brian Hemesath said the City is excited to finally bring this project to life.

“A monument sign is a welcoming symbol when you enter a community whether you are visiting for the first time, passing through or on your way home,” he said. “We hope it sends a message that you are welcome here in West Des Moines.”

The signs are being installed at six key locations:

After the signs are installed during the week of June 15, crews will begin putting in the electric connections that will light the signs at night. The lighting will then be adjusted over the course of the next few weeks according to how existing street lighting affects the visibility of the design.

The signs are part of the City’s Capital Improvement program and cost $1.2 million, which was budgeted over a four year period. The City hired Shive-Hattery in August 2017 to study the best locations for the signs and assist staff with the design. After a collaborative effort between elected officials and staff, the design was approved in August 2018 and fabrication of the signs started in July 2019. Construction of the foundations began in February 2020.